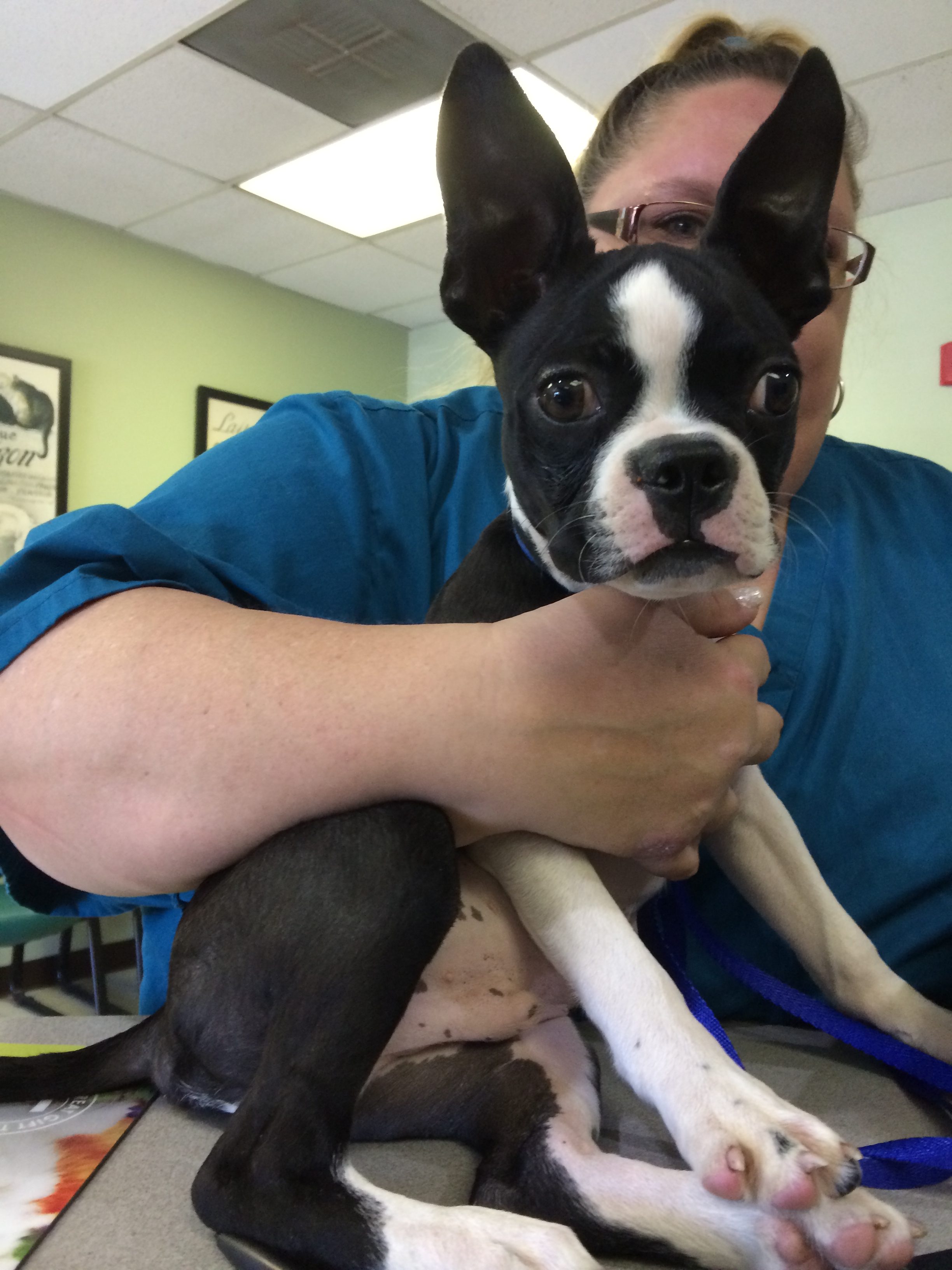 Oh NO! Bodie the Boston has Giardia! 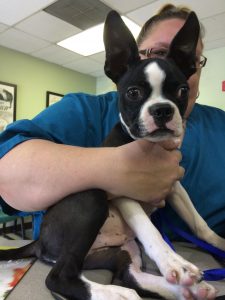 Bodie was quite surprised to hear he had Giardia!!

On Sunday, Bodie was welcomed into his new home. It wasn’t long before his new owner noticed that he had diarrhea. Luckily, he had an appointment scheduled for a well puppy check up the next day.
On Tuesday, Bodie came in for an exam and vaccines. It was then that his owner mentioned his diarrhea.
An in-house Giardia ELISA test diagnosed the problem in no time at all! 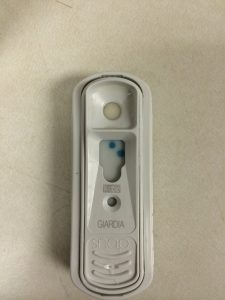 Idexx ELISA Giardia snap test with a positive result. We perform this test in our hospital, aka in- house test.

Bodie was sent home with appropriate medication and was back to his normal self in just a few days.
Giardia is prevalent in our community.
Most commonly dogs are exposed to contaminated water, soil, and food. It can be quickly spread in a kennel facility like a dog breeders home, which is where Bodie came from.
Humans are also susceptible to infection from this single-celled protozoa, which is why it’s important to avoid drinking from local rivers and streams. If possible, filter water before letting your dog drink from it too.
People often assume diarrhea is benign, but it is often an indication of a MUCH bigger problem.

All dogs and cats with diarrhea should be seen by a Veterinarian. Especially, if they’ve recently had exposure to free flowing waterways.

If you have any questions about Giardia, or anything else you’ve read in this blog, please call us at 477-6863.